The more I think about this, the more I find it to be incredibly true. Right now, we’ve got 3 “children” all at different stages and all needing different kinds of attention. Picking a favorite script is very much like picking a favorite child. It’s basically impossible. You love each one for a reason and you want to see each of them reach their full potential..

Our first born, “The Last to Fall” is the most polished feature script we have. Today, we’re submitting it to the Sundance Screenwriter’s Lab. We submitted an earlier version of the script to a couple screenwriting competitions last year, but since then, its been rewritten to what I think is a much better and tighter draft. I truly do love this script and it will obviously always hold a very special place in my heart.

The Middle Child (always the difficult one, am I right?) is “Honor & Envy”, a gigantic ensemble political thriller. We’ve put this bad boy aside for a little bit since we had the unexpected conception (a surprise, not a mistake) of our third child. I’ll get to him in a minute.. To say I have a love/hate relationship with this script would definitely be harsh, because I certainly don’t hate it. It is the one, however, that’s given me the most grief. I’m very excited to get back to working on it again though and no matter how difficult it gets, my love for it will only continue to grow.

Our third baby, “Mike India Alpha” was a bit of a whirlwind, probably since it was a short. We wrote the script in January, raised money in February, did pre-production in March, shot and edited in April and only 4 months later have a grown up kid, ready to graduate college and enter the real world (festivals). This obviously was a very unique experience, not only because of the fast turn around, but because it was my first time writing something that now has a visual and audible life. Now people are starting to watch the short and critique it which is certainly a bittersweet thing.  As proud as we are of it, it’s nerve wracking to hear what everyone else thinks of it. This baby is also unique because we plan on expanding it to a feature (don’t know the correlation to children this is..) and I’m really looking forward to seeing MIA reach its full potential. 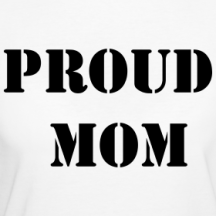